One week sailing along Majorca’s shores dropping the anchor in the most beautiful bays of the island while experiencing rock climbing in its purest form: Deep Water Solo!

No harness, no quick-draws, no rope…just your bathing suit, your climbing shoes and chalk bag...and if you fall? No worries, the Mediterranean sea will be there to catch you as the softest and more refreshing crash pad you have ever felt. 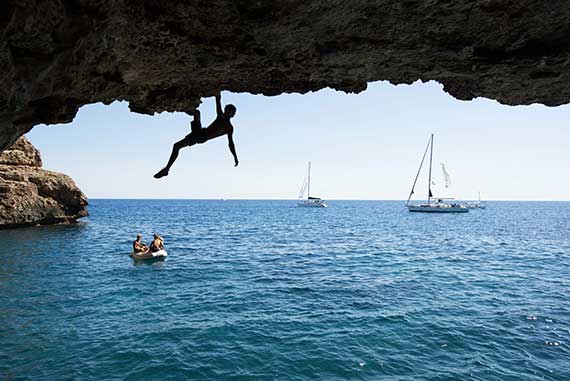 Majorca is the cradle of deep water solo and it is on its pure limestone cliffs where everything began. The rock climbing in Majorca started in the late 70’s when a group of locals guided by Miquel Riera recognized the potential of the island and equipped the first sport climbing crags.
But it wasn’t until Miquel got passionate about bouldering (bloc in Spanish) that the concept of deep water solo was developed. 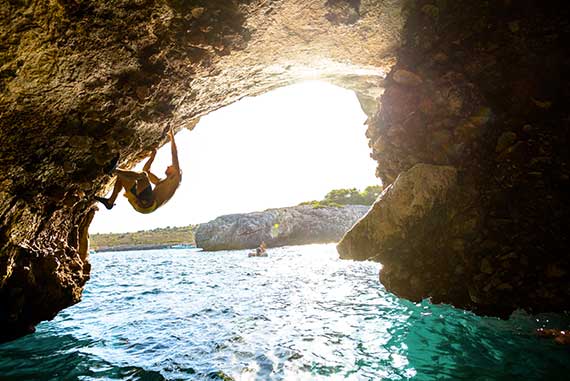 In fact it was at the bouldering area of Porto Pi, located right by the sea, where Miquel and his fellows had a realization: you could climb above water and use the sea as a crash pad! Also, a great idea to escape the heat of Majorca’s hot summers!
Once they progressed in their exploration and the lines got higher, they also understood the key role played by the mind (psico in Spanish) and…psico-bloc was born. 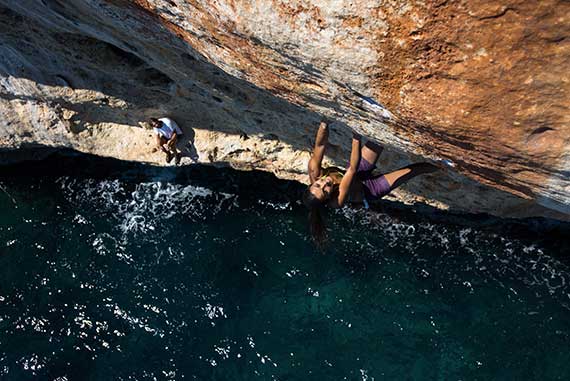 Trough the years Miquel Riera continued his exploration and by inviting world class climbers on the island many new lines were established. But one among all the others brought the attention of the climbing community to the island. This guy was Cris Sharma which with his video of the deep water solo ascent of Es Pontas in Cala Santanyi (still unrepeated) established Majorca as the deep water solo mecca for the rock climbers. 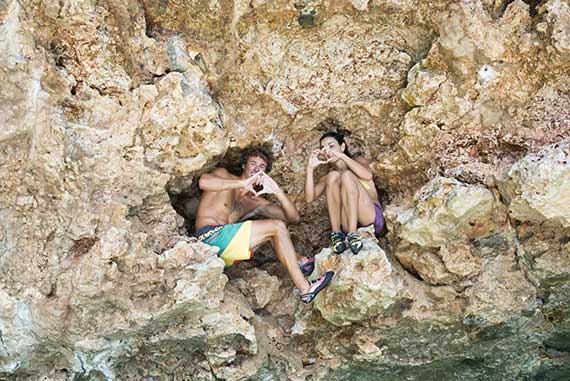 Our tour goes trough the most renowned deep water solo crags in the world with the privilege of accessing them right by the sea! Approaching the climbs by boat will in fact give us an enormous advantage as we will have direct access to the crags and the dingy will play a key role assisting the climbers after the dives and during the water starts of the routes plus, of course, providing a comfortable platform where to rest, to overlook at the lines, to chalk up and start to climb again. 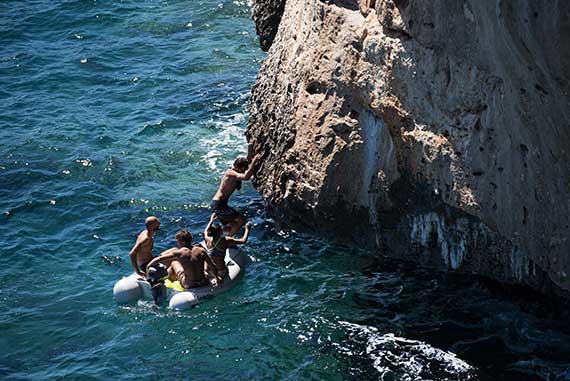 Climbing and enjoying the summer in the world capital of deep water solo while sailing along on of the most beautiful coast lines in the world, this is vertical sailing tour Majorca. 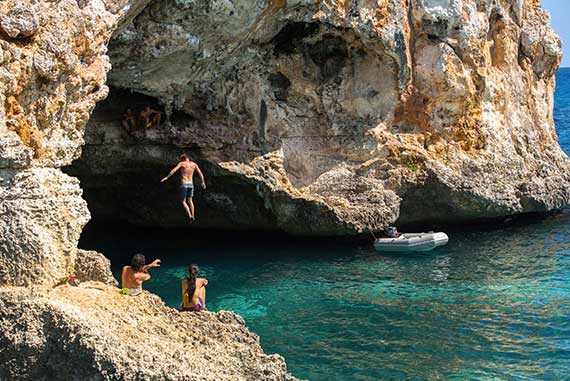 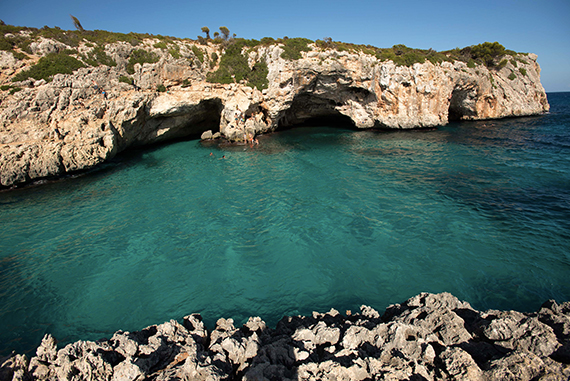 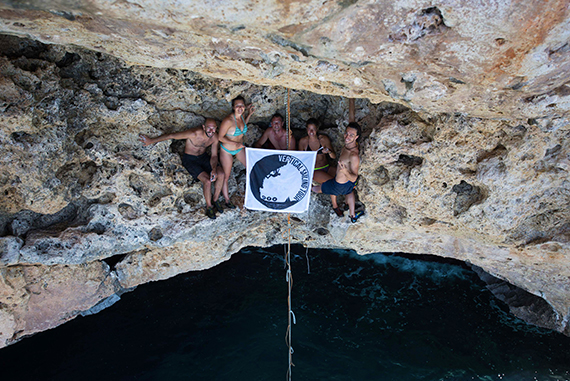 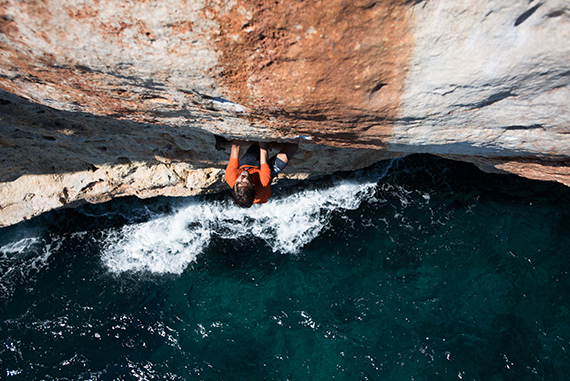 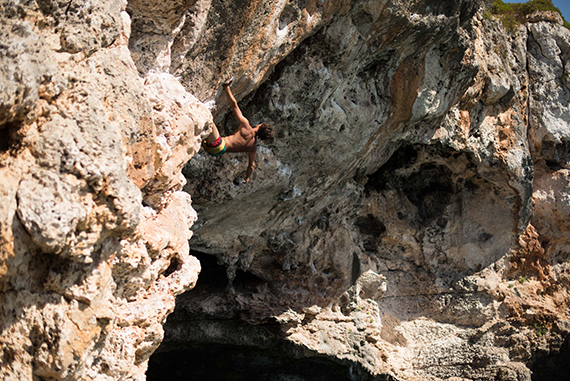 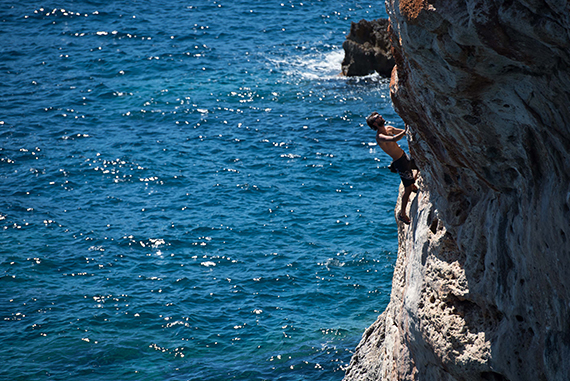 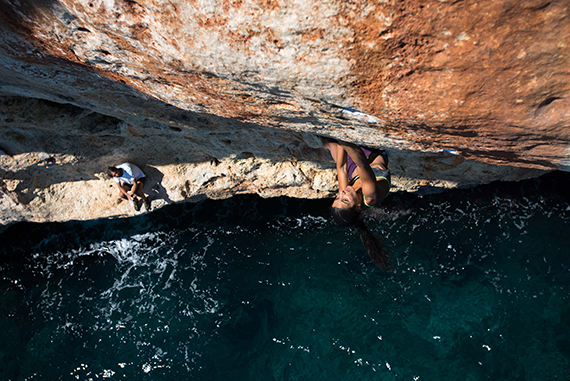 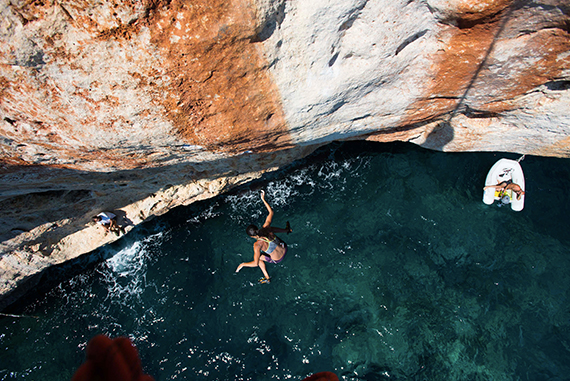 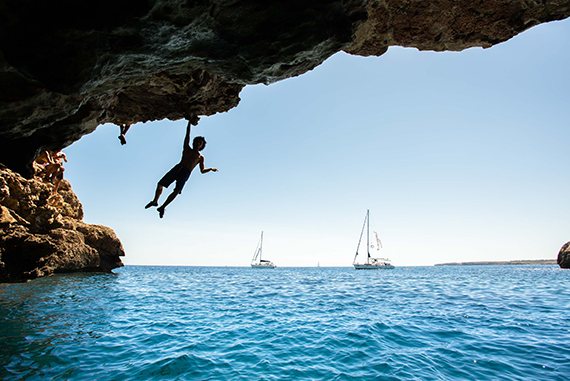 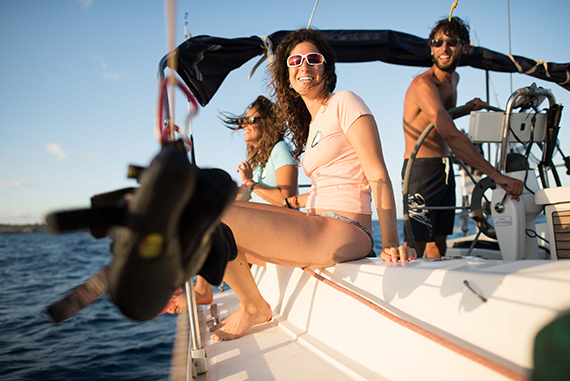 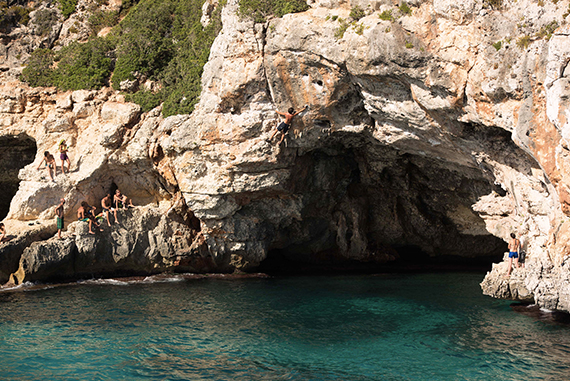 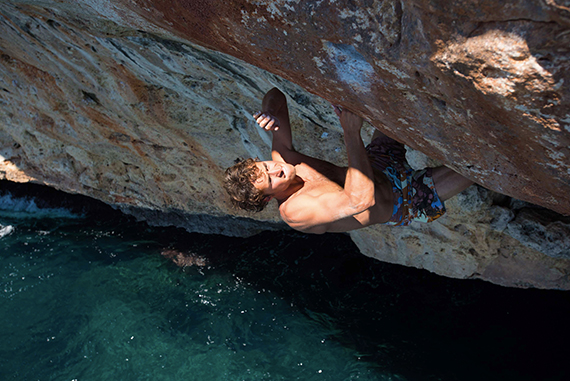 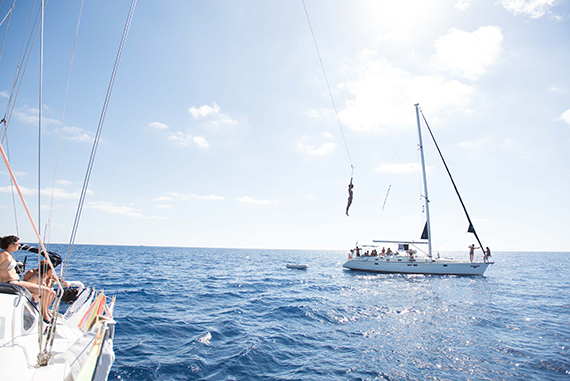 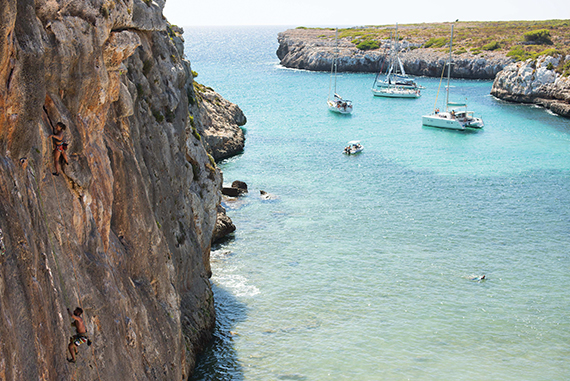 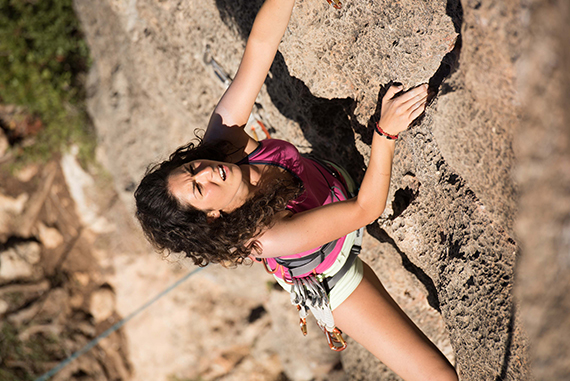 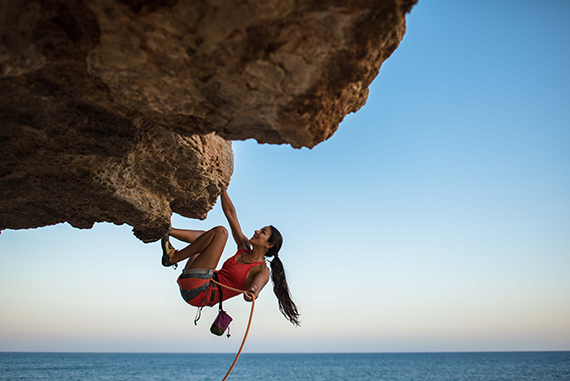 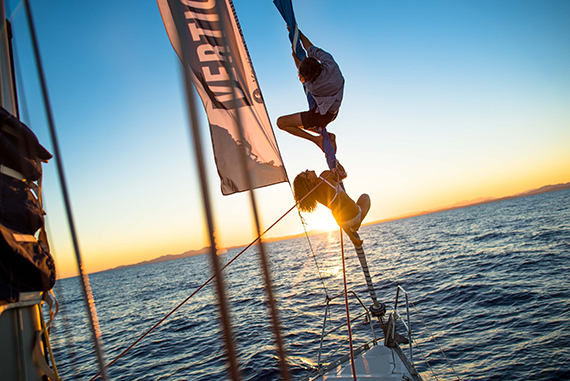